We are located in a secluded “urban forest” within historic Bryn Mawr, just minutes from downtown Minneapolis. We work with museums, voiceover talent, musicians, bands, and only drink really good coffee.

The studio and the grounds that surround it are serene, peaceful, and until you record your next rock album here, quiet. But they weren’t always that way.

This property was once owned by legendary mobster Isadore Blumenfeld, commonly known as Kid Cann.

Kid Cann was an organized crime boss based in Minneapolis for over four decades, and is regularly compared to Al Capone in association and prestige.


From his headquarters at the Flame Night Club on Nicollet Avenue (aka Club Carnival), Kid Cann ruled the Minneapolis underworld and made millions, much of which was used to bribe local politicians, juries, and witnesses. Despite at least three murders (including the murder of journalist Walter Liggett in 1935 – see pictures from the Minnesota Historical Society), a Mann Act indictment, and a charge of defrauding the Twin City Rapid Transit Company of millions during the switch from streetcars to buses, witness intimidation and police payoffs kept him out of jail. By 1942, the FBI identified Kid Cann as ‘the overlord of the Minneapolis, Minnesota underworld.’” 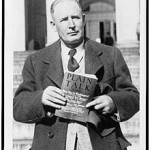 That’s right, this strange property has some even stranger history.  Bars had to be removed from the windows in the control room.

Legend has it that the ghost of murdered journalist Walter Liggett sometimes plays “Free jazz” under a blanket of darkness in Studio A.     (Okay, that’s disputable, but removing bars from the windows is true).

For more information about Kid Cann, here is his Wikipedia article, as well as additional information here.